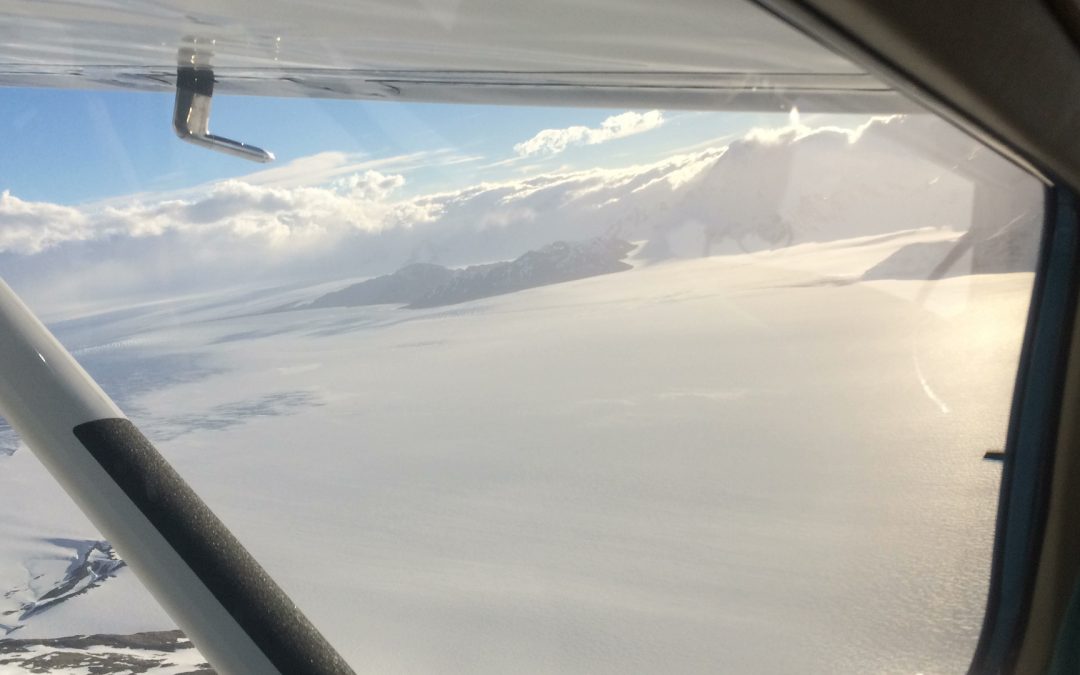 First, for the duration of this article I am going to be a dick. I am not a naturally sympathetic person, just ask my younger sister. The “Honest Asshole” is a role I can slide into easily.

Second, it is important that you know the question posed in this article is one that I am currently asking myself quite a bit. I in no way want to present myself as a perfect person with all the answers. I am only hoping to share an exercise that has recently helped me to find some much needed perspective.

In hindsight, it seems so stupid that I did not write this article sooner.

Start with this question and work backwards.

The nice thing about this article is that it doesn’t have to be too long. Unless you are a quadriplegic or an enslaved child worker or a Syrian refugee or currently locked up in prison I am pretty sure I know what your first answer to this question will be. And your second. And your third.

Call em’ what you want and justify them how you will, but they will be excuses none the less.

Now, I will grant some exceptions. I am not athletic enough to play professional basketball or handsome enough to be a male model. There are select professions in life that require a specific skill set that only some of us have. But in my opinion, aside from these handful of professions that allude us, the world is our oyster.

Seriously, why can’t you do whatever it is you want to do? Hit me. Tell me why you can’t have the life you want.

Nonsense. Unless you have reached the point where you need someone to help you bathe and wipe your own ass, you’re not too old.

Vera Wang did not enter the fashion industry until she was 40. Anna Mary Robertson Moses, better known as Grandma Moses, began her prolific painting career at 78. In 2006, one of her paintings sold for $1.2 million. Samuel Jackson was 46 when he got his first major break and played Jules Winnfield in Pulp Fiction.

When you think about the money you have currently, are you on offense or are you on defense? Are you storing away every nut like a squirrel preparing for winter or are you strategically looking for ways to re-circulate your money so that it can start to work for you?

And if your pockets really are light, how hard are you working to make more money? How many hours do you spend on the phone at your sales job prospecting for new clients? Are you working a second job at night? Are you bartending on the weekend or are you in the club popping bottles? Do you drive Uber on Friday nights or do you watch Netflix? Are you doing everything you can to learn from people who are already wealthy? Are you reading books on real estate investment or taking finance courses?

I am sure there are people close to you stacking cash. Why aren’t you? Are these people just that much smarter and luckier than you? I doubt it.

Not smart enough you say?

First, you are smarter than you think and have the ability to get much smarter through hard work and study. Second, being smart is not that important. People skills matter. Hard work matters. There are plenty of people with a low a intellectual intelligence level who have thrived using their high levels of emotional and practical intelligence.

System rigged against you?

So what? Think that complaining about a lack of fairness is going to change things. Nope. You’ve got to grind harder and think creatively.

Recently, Alexandria Ocasio-Cortez was elected as a representative for New York’s 14th Congressional district. In addition to being a woman and a minority, both significant societal disadvantages in the United States, Ms. Ocasio-Cortez ran in an election that was completely stacked against her.

Her opponent, Joe Crowley, had been in office for 20 years and was the Democratic Caucus chairman. Crowley raised $3.4 million for his campaign. Ms. Ocasio-Cortez raised $194,000. Crowley was endorsed by both of New York’s senators, New York’s governor, 31 local elected officials and 11 other congressional representatives.

And Ocasio-Cortez still won. She ran a creative campaign that organized a grassroots movement and promoted her unapologetically honest self. Ocasio-Cortez was able to win in spite of the established system being against her, why can’t you?

Family responsibilities and obligations holding you back?

This is my personal favorite. Do your real-life heroes not have a family? Do you the people whose lives you envy not have families? Do all professional actors, artists, musicians, writers, entrepreneurs and political leaders simply abandon the idea of having a family in order to achieve success? No, they don’t. These people do it. Why can’t you?

Last summer I met a couple from Brazil who were traveling around Europe with an 8 month old baby. Yes, it is a bit unconventional. Yes, it was work. Yes, they had to excuse themselves from dinner to put the baby down. Yes, they had to make preparations that other travelers didn’t even have to think about. But they still had a great trip. Here we all are in Constanz, Germany:

Look at that baby. Happy as a clam. This kid slept everywhere. Cars, sidewalks, kitchens, riverside parks… He was one of the most well-adjusted kids I have ever met.

Too busy at your current job to do what you actually want?

Quit. Set up an exit plan right now. So many people before you have taken the exact same leap and landed on the other side just fine. I have quit my job and re-started my professional life two times in the past three years and each time my life has improved dramatically. It’s only scary because it is new and unknown. Once you take the leap you’ll wonder why you didn’t do it ten years earlier.

Too depressed to even begin?

Are you exercising every day? Are you making sure you get out to get enough sunshine during the day? Have you stopped drinking alcohol and using drugs? Are you journaling about your problems? Are you seeing a therapist? Are you trying to meditate? Are you doing everything humanly possible to get yourself out of your funk?

In 2015, professional boxer Tyson Fury defeated then world heavyweight champion Vladimir Klitschko to win the WBA, IBF, WBO and IBO heavyweight titles. Almost immediately after this monumental victory, Fury went into an 18-month downward spiral of drugs, alcohol and depression. At his lowest point, Fury commented that he, “wanted to die so badly.” Fury was stripped of his championship belts, ballooned in weight and became the butt of most jokes in the UK. Here’s a good before and after:

In 2017, Fury decided to make a change. He stopped drinking and using drugs. He lost more than 150lbs in just over a year. He even started fighting again, eventually earning a 2018 title fight with current WBC champion Deontay Wilder.

Fury was able to come full-circle from the depths of depression. Why can’t you?

Bad relationships holding you back?

Well you chose the person. Un-choose them. If they don’t make you feel good about yourself or they are holding you back then remove them from your life. If your friends are not a good influence, then stop hanging out with them.

If know you are not in love with your partner, why stay with them? Life’s too short to force love where it doesn’t fit. You think the people who find happiness in their second or third marriage are just lucky? They aren’t. They were just brave enough to make a tough decision. You are not too old, ugly or stupid to be in love with someone. You deserve love. Go for it.

If, even worse, your partner or friends or maybe even family members are abusive, get away as fast as you can and don’t look back. If you have not heard this yet, let me be the first to tell you that you deserve better. You deserve loving, fulfilling relationships in your life.

First off, you have my condolences. There are few things in life that can replace receiving unconditional love as a child.

But so what? What does a poor childhood have to do with right now and with what is to come? I told you I was going to play the unsympathetic dick and I intend to see this through.

Why does your life have to suck now just because it sucked back then? I can assure you that the world is not waiting around for you to get over your sucky childhood. The sooner you realize that what was does not need to affect what is, the better off you will be.

Too fat to do what you want?

Child please. How many people do you personally know that have lost a significant amount of weight? Throughout my life I have personally known at least 30. Think about it. Are all of the before & after shots you see on fitness advertisements real-life Marvel superheroes who somehow summoned the inner strength to magically drop weight? No. These people ate less and moved more. That’s it. You can do it too.

And again, how hard are you working to lose weight? Are you in the gym everyday? What’s your diet like? How many carbs are you consuming? Do you eat your hamburgers in lettuce wraps? Do you fast intermittently?

As you start to ask yourself the question of “Why not me?” be sure to watch the layers of excuses pile up:

“I am too old to start a new career.” “I am way out of shape.” “I am too young.” “I do not have enough experience.” “My boss would never agree to that.” “Nobody would ever buy that.” “It would never work with the kids.”

Over time, it’s as if we use the same excuses so often that they eventually become an accepted part of our personal narrative. It’s like the excuses become hard-wired into our brains so that we have a quick default to avoid actually trying. Some doctors might call it rationalizing. We do it all the time.

It’s only when we wade through our personal swamp of excuses that we eventually come face-to-face with the stark realization that we are the reason we do not have the lives we want.

Your beliefs. Your fears. Your habits. These are the real answers as to the question of “Why not me?”

It is here that I can no longer help.

Just as everyone’s idea of a dream life will vary, everyone’s answers to the question of why, or how, they are holding themselves back will also wander.

There are no bad answers here. Just truth. And while the truth may hurt, you can take comfort in the fact that what you discover about yourself is likely not that new. It is normal for people to have limiting personal beliefs. It is normal to be afraid. It is not so uncommon to have self-sabotaging habits and behaviors. I have some.

You know what is uncommon? To actually take the time to try and recognize what your limiting beliefs, fears and habits are.

As you go through the process of asking “Why not me?” do not shy away from the uncomfortable questions when you stumble upon them. Answer as honestly as possible. Remember, you are only asking these questions to yourself, so what does it hurt (aside from your pride) to answer truthfully?

2019 is rolling right along and I would like to be one of the first people this year to say that no matter what your goals are or what your dream life looks like — I believe that you can do it, have it and live it.

The only question is..