Why Not Look Silly? 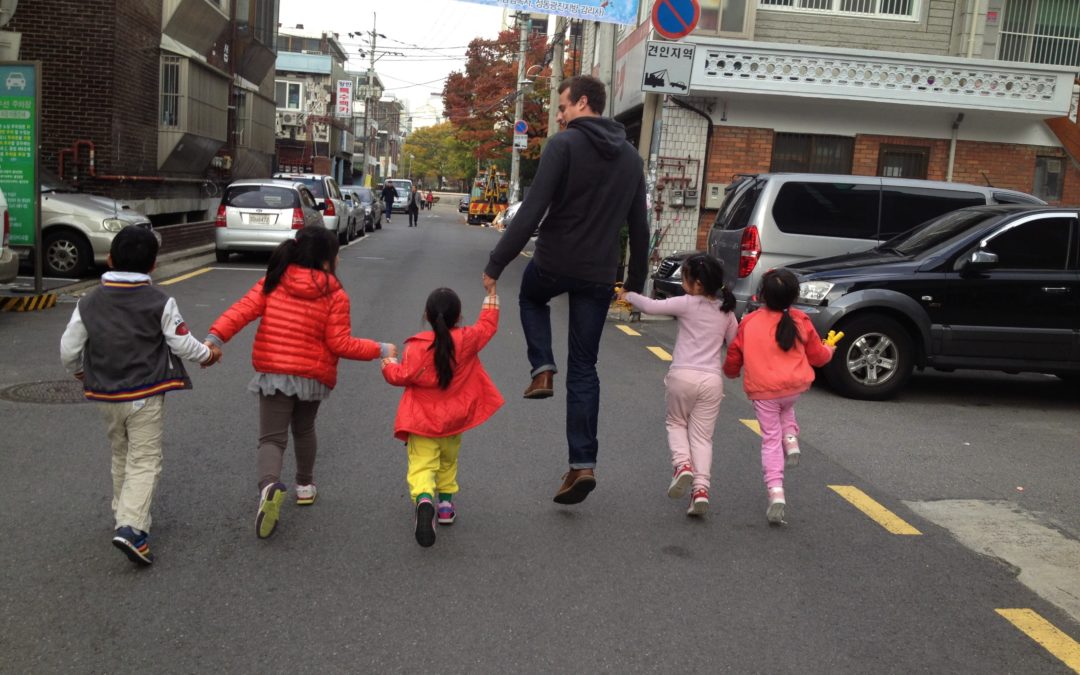 “If you want to improve, be content to be thought foolish and stupid.”
Epictetus

Over the past year and a half, I have successfully learned to speak Spanish. I am in no way fluent, but I can hold my own. Aside from living in Spanish-speaking countries, I have succeeded in learning a new language in large part to:

The fact that I am not afraid to look like an idiot.

I will ask questions and repeat expressions and roll my r’s until I get whatever it is I need to get right. I have sat in traffic with taxi drivers in Colombia as they patiently taught me how to count by tens. I will ask complete strangers to repeat the pronunciation of a new word for me. Often, I will ask them to repeat it more than once.

I have had young children sit at a restaurant and talk and laugh at me as I bumbled through my sentences. They loved it. Here was a six-foot-five gringo asking them for help. A woman I dated in Peru once explained the difference between “had” and “have” in Spanish for more than thirty minutes. I have no fear approaching people and starting conversations in Spanish, even when I know I will make mistake after mistake.

Social scientists have basically proven that young children are able to learn new languages much faster than adults. A large part of this is due to the fact that the brains of young children are like sponges when is comes to absorbing information.

But I would argue there is a social element to this as well. Young children are more open. They look silly and don’t really care. In fact, they don’t really have a reference point for “silly” and “not-silly.” They live openly and without a filter. They haven’t built the emotional registry that makes “looking silly” seem horrible.

My inauguration into this way of thinking came when I was a kindergarten teacher in Korea. I never knew the word “parents” could sound so much like “penis.” I can still clearly remember five year-old Korean kids yelling “shit” at me because they struggled with the pronunciation differences between a “p” and a “t.” I had students put together sentences like “Mom like dad no when dad walk all the night.”

While these moments were somewhat funny to me, my students were mostly oblivious to the fact that they had said something inappropriate or perhaps funny. Their obliviousness was their savior. They never missed a beat. They kept trying and were not deterred. My little homie Ian went from “shit” to “ship” in no time.

My experience teaching, and learning, foreign languages has shown me the importance of being comfortable looking foolish. My biggest asset while learning Spanish has been that I am not afraid to look dumb. I have met friends much smarter than I am who speak less Spanish simply because they are easily embarrassed. They are preoccupied with putting together the perfect sentence. They are quick to shut up once they make a mistake. They laugh or freeze or simply just say “fuck it” and give up.

As we become older, social experiences teach us that looking dumb is a very bad thing. It brings on ridicule and shame and paints us in a bad light. As we grow older, social pressures continue to increase. The culmination of these pressures is likely in our teens. Nobody wants to draw the attention of teenage ridicule. The more you stand out, the easier a target you become. As we transition into adulthood, we become conditioned to “look cool.”

You see, it was my students naivety that helped them learn the most. They had not yet been conditioned to save face and look cool. Everything was new to them. They embraced all aspects of life, not just English, openly and curiously.

To this day, one of the best pieces of advice I ever received is something a girl I dated once said to me:

“Don’t take yourself too seriously.”

Take a look at the world around you. Think of all the people sharing this planet with us. It might help to view a much broader version of our planet as a whole. This video does a fantastic job of putting into context just how brief human existence has been relative to the entire history of you know… everything.

Now take into account the fact that our individual lives are almost equally as small when taken in the context of modern human history. Civilized human existence has been around for 6,000 years. If the average lifespan is 79 years, we will be around for about 0.013% of the entire existence of civilization.

Any feeling you have, any mistake you have made, any embarrassing situation you have been a part of…. Guess what? You’re not the first person to experience this. While your day-to-day fuck-ups and slip-ups may seem like a huge deal to you, in the grand scheme of things, they’re really not.

Even people who are considered important currently; our presidents and actors and actresses and sports stars; their mistakes will be forgotten as well. For example, did you know that Abraham Lincoln lost two US Senatorial elections and one Vice Presidential race before being elected president? Or how about that current US President Donald Trump has filed for corporate bankruptcy six times. Six.

As Katt Williams would say:

If you don’t know the answer to these questions, no worries. You are the norm, not the exception.

Because life moves on, always and without fail. Your accomplishments, your failures, your embarrassing mistakes – these will all eventually be forgotten.

The fear of what other people think can be socially crippling. If you can find a way to become comfortable looking foolish and knowingly making mistakes, imagine how much easier almost all social interactions become.

I used to be afraid of rejection. Now, if a woman doesn’t want to talk to me, no te preocupes.  I’ll smile and go talk to someone else. If a client mentions something I am not familiar with, I do not hold my tongue and pretend I know what they are talking about. I ask them to explain what they are referring to. Often, they appreciate my questions and my candidness. I never shied away from dancing salsa with my Colombian girlfriend, even though it was obvious I had no place on the same dance floor as her. And you know what? Nobody in the bar cared. They were all too busy enjoying themselves. Nobody remembers how bad that tall gringo danced one random Saturday night last year. Remember, life moves on. People are way too concerned with their own lives to focus on your mistakes.

So don’t take yourself too seriously. Regardless of what you do in life, the less you focus on how you look, the more enjoyable your journey will be. Enjoy the ride. Laugh at yourself. Allow yourself to be a little vulnerable. Do not be afraid to look silly or play the fool.

And when you do, just smile and keep carryin’ on.