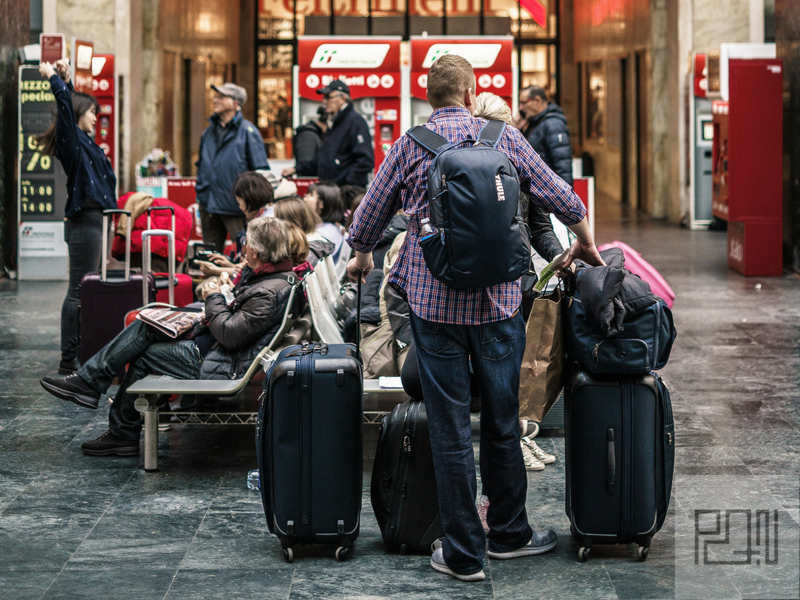 That’s quite the haul they have there. There are at least two people, to be fair. But unless there are three children with them as well, that is simply too much stuff.

My younger sister is coming to meet me in Europe for an extended backpacking trip. Naturally, I have been advising her on what to bring and what I have found particularly useful while traveling. This process sparked the idea for a ‘bare necessities’ packing list.

This list will not touch on clothing or shoes. Clothing and shoes are dependent on where you are going and during what season. My Patagonia packing list looked much different than my SE Asia packing list.

Nevertheless, there are a few things that I always bring with me, regardless of where I go. I admit that I am a minimalist. I think that the less you bring with you on a trip, the more fun you will probably have. I also know that by bringing less to begin with, you give yourself the ability to bring more back.

Below are the bare necessities, in no important order.

A good towel. In the book The Hitchhiker’s Guide to the Galaxy, the guide says that, “A towel is about the most massively useful thing an interstellar hitchhiker can have.” This applies for earthly travel as well. No matter where you go, you will ALWAYS need a towel. Invest in a quick-drying towel, like this one, so that you don’t have to carry a musty, half-wet towel with you wherever you go.

A smart phone. This should have been number one, just in terms of importance, but it is always fun to mix things up a bit. A good phone will act as camera, GPS and research device all in one. You do not need to bring a huge camera or a computer with you. Again, the less you bring with you, the less you have to worry about.

Here are some apps I have found very helpful on my travels:

Maps.me – This is a completely free GPS application that works offline. Whenever you arrive to a new city or country, simply download the map for that area and you are set. I have used this to literally navigate trails in Patagonia that were covered by an avalanche.

Uber – Controversial in the US, Uber is the safest, and often cheapest, private transportation option in many countries around the world. In a lot of places it is technically illegal, but the app still works. A good tip for using Uber in countries where it is banned is for at least one of the passengers to sit in the front seat. Nothing screams UBER!! to a cop more than a mid-sized sedan with one person driving and one person sitting in the backseat.

WhatsApp – The preferred messaging app for anyone not living in the United States. You will not be able to connect with locals in most countries if you do not have WhatsApp.

XE Currency Converter – Make sure you don’t get ripped off that badly.

Hostelworld – The only site to use when searching for hostels.

AirBnB – The app that is going to put hotels out of business.

A lock. I almost never put all of my stuff in a locker when I stay at hostels. If someone wants to steal my undies, they can have em’. But I will always put valuables and my passport in a locker. This is a bit overly cautious, but crime is equal parts motive and opportunity. Eliminate easy opportunities and it is more likely you will still have your valuables at the end of your trip. When buying a lock, be sure to get one with a thinner bar, like this one. Often the heavy-duty locks won’t fit in a lot of hostel lockers.

A hammock. This is a personal indulgence. I love to lay in a hammock. No matter where I go, I bring one with me. I have been able to lounge on beaches in Colombia as well as the mountains of Patagonia. I was able to find one on Amazon that is weighted to hold up to two people (600 lbs.) while only weighing 16 oz. Here is the one I bought. Here are a couple photos from my hammock’s worldwide tour: 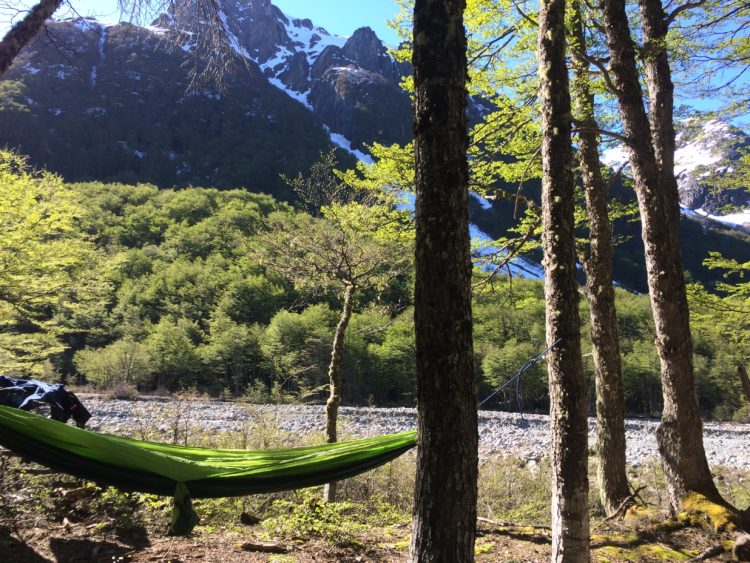 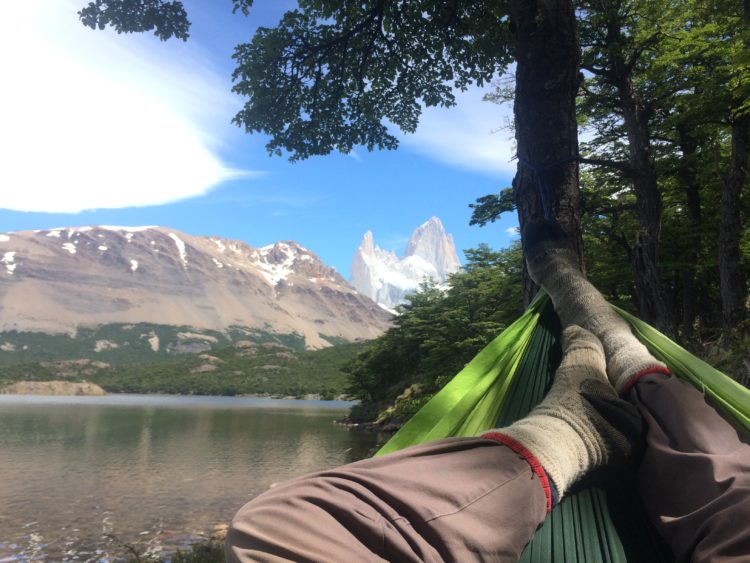 An e-reader. This is the peanut butter to my hammock’s jam. Traveling is often when people find the most time to read. This is certainly true for me. I have an e-reader that I take with me wherever I go. Mine is bulky and takes a long time to charge, but it works great. If I were going to buy a new one, it is hard to beat the Amazon Kindle. I was just in Greece with a friend who had one and I was amazed at how light it was.

A lighter. They weigh nothing and can be very useful. Besides being a source of light and fire, lighters can also be used as a beer opener. Even if you don’t smoke, hundreds of people are bound to ask you for a light. Trust me. Offer the light, ask where they are from and bam!, you have a conversation starter.

A journal. I love to write. It is very therapeutic for me. If this isn’t your jam, I get that. But I will say this. I have not met many people who have ever regretted journaling while traveling. You will be grateful to have had a place for your thoughts and experiences from your trip.

A deck of cards. Cards are very useful when meeting groups of new people. They are a good form of non-WI-FI powered entertainment.

That’s it, that’s all. Obviously your bag will contain much more, but again – less really is more. Less to carry, less to stress about and less to pack every couple of days. I hope this list was helpful. If you are reading this, perhaps you are planning some sort of trip. Buen viaje!