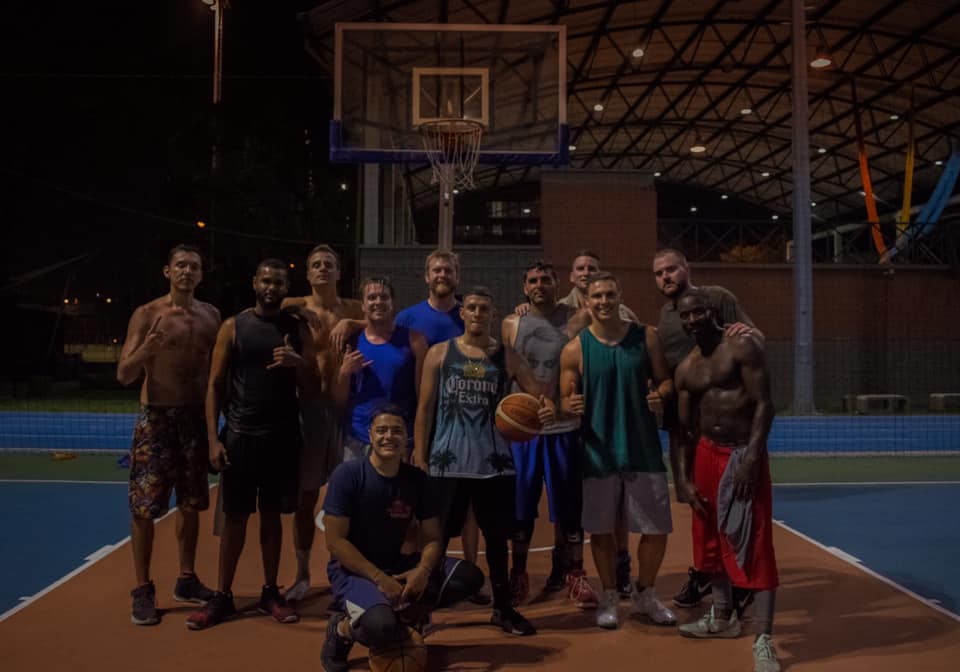 For even the casual sports fan, it’s no secret that defense wins championships.

In this year’s Super Bowl, the New England Patriots held the high-flying St. Louis Rams to three points en route to victory. In 2018, the Philadelphia Eagles, who won the Super Bowl in a shootout (41-33), still had the 4th best defense in the league.

The back-to-back NBA Champion Golden State Warriors may be glorified for their three point shooting and All-Star roster, but the unquestionable key to their continued success is their defense. Everyone, from Dray to Klay, plays D.

Last year in the playoffs, the time when NBA players actually turn it on and play hard, Golden State allowed the second fewest points per game.

Liverpool FC is currently “top of the league” in the Premier League and is one of the most feared football clubs in the world. The key to their success? Their record-breaking defense that has allowed a mind-boggling low 15 goals against them in league play.

I could go on and on. The relationship between good defense and success in team sports is everywhere.

The reason defense wins championships, and how this relates to success in life, is a little more subtle.

It all comes down to ego.

No matter the sport, defense is, at it’s core, effort. It is all about who is willing to try and run and hustle and not give up. Defense isn’t pretty and it isn’t fun. It’s a grind.

I usually play basketball twice a week with a group of friends in Medellin. I will be the first to admit that playing defense sucks.

First off, you don’t have the ball, which in basketball is pretty much essential for doing any of the fun stuff like shooting, dribbling or passing.

Second, you are completely reactive. You have to chase another person around. You have to respond to their sudden movements and cutting. You must anticipate where they will go and try to be there first. It is not only hard, but it can be frustrating.

The kicker is that while you are without the ball chasing another person around, there are players from the other team trying to pick you and knock you away from your assignment. You get unexpectedly hit all the time.

What makes defense even harder to buy into is that your efforts rarely get recognized.

You don’t see soccer players running across the pitch and into the arms of their teammates after they make a good tackle. The game just goes on.

How many times have you turned on SportsCenter to watch highlights of a defensive stand in the second quarter of a basketball game? Never.

There is no defensive competition during the NBA All-Star weekend. There is a dunk contest and a three point contest, but nothing for defense.

Yes, there are Defensive Player of the Year awards. Yes, guys like Aaron Donald, Draymond Green, Paul George and Sergio Ramos are badasses.

I am also aware that coaches, players and announcers preach the importance of defense. But preaching is easy. Doing is a bit harder.

This blog, this post that I am writing right now, is full of ideas on how to change. Trust me, it’s easier for me to write this stuff than to practice changing my habits on a daily basis. Hell, 80% of the time I write, I am writing to remind myself of what I need to do.

Anyone who has played team sports knows that most people would rather do the fun stuff than the hard stuff. It is easier to find a guy in a pick-up game who wants to shoot 3s than it is to find someone who wants to set picks and play defense.

Because the defensive side of things, the dirty work if you will, doesn’t provide any immediate satisfaction. It’s the long play. You commit yourself to the least fun part of the game without any guarantee of winning or personal glory.

We are all, at a very basic level, a team of one. We are responsible for playing offense and defense.

It’s fun to party and pop bottles in the club. Who wouldn’t want to ride a private jet and take a vacation to private island in the Caribbean? There are thousands of aspiring writers who dream of getting on the New York Times Bestseller list. I’m sure we’d all find a way to let our hair down a little if we had a few hundred million in the bank.

But this is the glory, not the grind. This is offense, not defense.

Success is all about how we perform when the lights are off and we are alone in the dark with our task, without anyone to recognize or praise our efforts.

Society will glorify entrepreneurs like Sir Richard Branson once they make it. But how many people stood next to young Richard and patted him on the back when he worked 12,14 or even 16 hour days?

Were there crowds cheering him on when, after dropping out of school at 16, young Richard was bootstrapping his first business venture? How many people stood across the street and clapped as he delivered magazines and sold advertising door to door?

A lot of people would like to have the flexible lifestyle of a successful entrepreneur. But how many people are willing to put in the long days and thousands of hours of thankless work that are required to make it a reality?

A lot of people would like to have a beautiful beach body. But how many of these same people are willing to commit to the workout regime and diet that is required to get ripped?

There are ideas for best-selling books floating around all over. But how many writers are up at 4:30 in the morning; when it’s dark and cold and your bed is so warm; so that they can work on their project before they begin their day?

Social media, movies and pop culture deceive us. They would have us believe that success is easy. That we are a short, four minute montage away from making it.

The truth is that success is the result of continually committing to do the things that nobody else is willing to do.

Life is always there, walking the ball down the court and looking for us to give in. It’s up to us to rise to the challenge.

Even when we’re tired and we don’t wanna, we have to mentally crouch down, slap the metaphorical basketball court and D the eff’ up. Not for immediate glory. Not for our ego. But because we know it’s what needs to be done.